A Love Affair in Wood 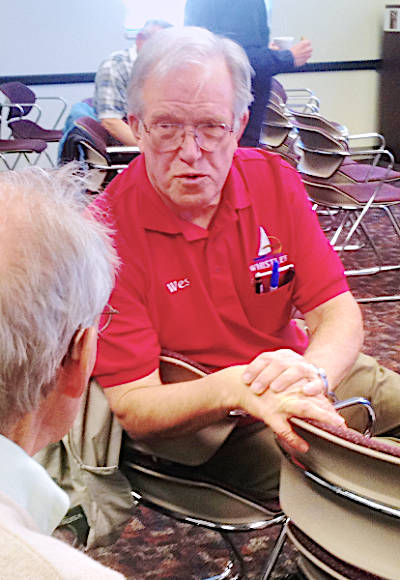 Love is blind. But to say it better, love is blinding. We know not how an invisible arrow from say the sight of auburn hair in the setting sun, or the curve of a fender, or the smell of a leather saddle, pierces us and we no longer see the sense of what we are doing. For Wes Roepke in 1975, the love arrow came as a companionway mahogany louvered door.

For Wes and three of his friends, it was the beauty of the mahogany louvered doors that brought them into a partnership to buy the rest of the outfit: a 24 ft. wooden centerboard yawl built in Japan and double planked in mahogany on cedar over oak frames. It was beautiful, it was a steal, and it was rotting.

Sporting a deck structure that Wes described as soft as mozzarella cheese, the boat underwent the comprehensive scrutiny of a dutiful surveyor before purchase. Using the detached language of those who prefer to keep their sense about them, the surveyor summarized his multiple pages of problems in one final damning statement, “the boat is not recommended for insurance”. 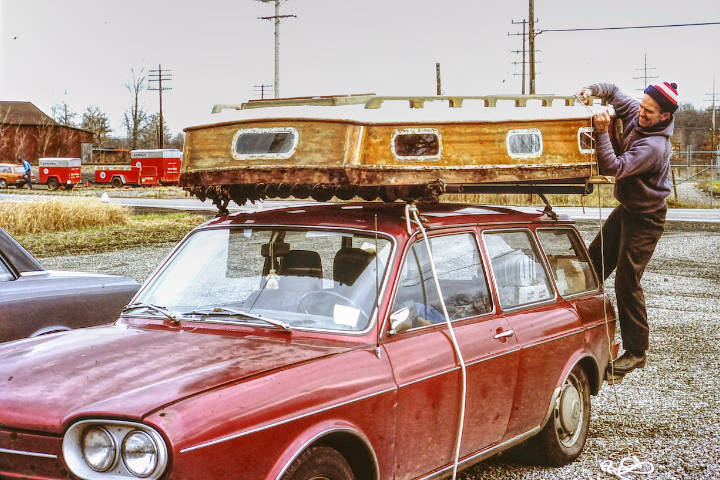 They still went ahead. But are we not men? Are we not toolmakers and crafters? Are we not explorers of the unknown? Doesn’t love conquer all?

They got the boat to a barn and set to work disassembling it, labeling and tagging each part as they went. The whole cabin was removed to be renovated at another location. The deck was completely removed making access at least the easy part in their monumental rebuilding effort. 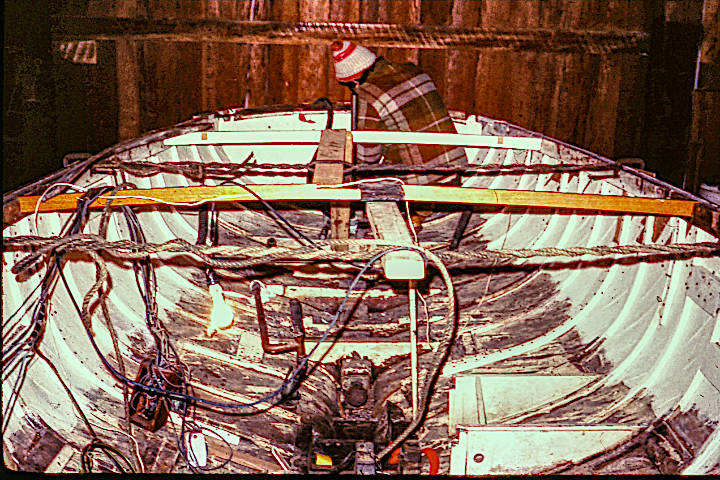 Fast forward a year. The same surveyor returned to inspect a completely renovated yacht in a transformed condition that astounded him. The four partners gained new skills and new knowledge amid countless hours of effort. They were proud of their accomplishment. But that is not the word Wes used. He repeatedly mentioned the word, “sacrifice”. Each partner and their families sacrificed – time, money, other opportunities, personal attention – to put that boat back in the water in a condition that indeed was insurable.

They sailed the boat for five very happy years on Lake Erie. Was it worth it? That is not a question asked about love affairs for we know the answer is both yes and no. But was it love? That answer is unambiguously, yes.