There are over 2, 200 shipwrecks on the bottom of the Great Lakes and approximately 260 are in Ohio waters. Carrie Sowden, the Archaeological Director of the Peachman Lake Erie Shipwreck Research Center of the Great Lake Historical Society in Vermillon, Ohio explained that ten of them are located in the Cleveland area. 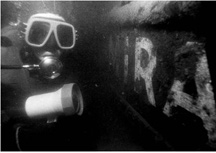 Since 1991, laws have protected shipwrecks, making it illegal for divers to remove anything without permission of the state. Although Ohio has lagged other states in researching and preserving its shipwreck heritage, it has through the Ohio Coastal Management program of the Ohio Department of Natural Resources started an index of Lake Erie shipwrecks. The legwork is done by over 225 volunteers of MAST, the Maritime Archaeological Research Team who are coordinated through the Peachman Lake Erie Shipwreck Research Center. 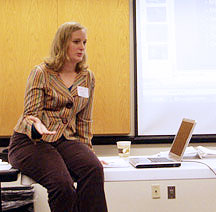 As an archaeologist, Carrie Sowden coordinates the efforts to locate wrecks and scientifically map in great detail, the remains on the lake-bed floor. In addition to their direct historical significance, the remains can provide insight into the construction and repair practices of their day. Storms accounted for a great many of the disasters; fires and operator error also took a fair share to the bottom.

The Sarah Sheldon, a 184 ft.wooden freighter sank in October 1905 and lies in 20ft. of water off Sheffield Lake.

The Craftsman, a dredging barge was caught in a storm off Avon Point and sank in 1958 and rests in 41 ft. of water. 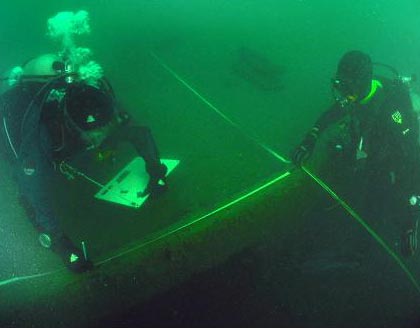 In foggy and stormy weather conditions in 1942, the tug, Admiral sank off Rocky River while towing the tanker barge, Cleveco . The Cleveco continued on, driven by the storm but succumbed and sank off Euclid. Fourteen lives were lost in the incident.

The Dundee, a 200ft. schooner barge built in 1892, sank in 1900 in a severe storm 14 miles off Cleveland. Although there was loss of life, six survived by clinging to the tall masts that projected above the lake surface as the ship settled in 75 ft. of water.

The North Carolina, a tug of the Great Lakes Towing Company, sank off Mentor-on-the-Lake after filling with water, cutting the possibility of radio contact with shore. Propitiously, an elderly woman watching the boat felt something was wrong and called rescuers to the scene. All were saved.

It’s a big lake but on a June night in 1868, the passenger sidewheeler, Morning Star collided with the brig-schooner, Cortland. Both sank with loss of life. Morning Star lies in 65 ft. of water off Lorain. The undetected wreck of the Cortland, was finally found in 2006 in 60 ft. of water off Avon Point. 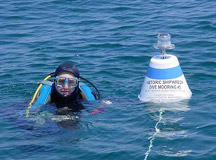