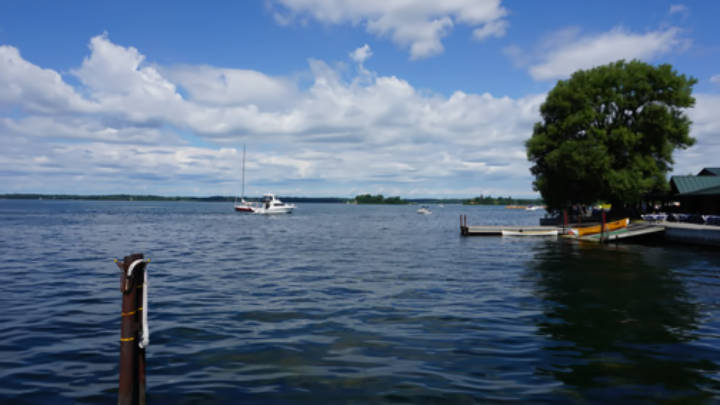 That thin In this picture, the green band across the water is Canada. We’re on the shore of the St. Lawrence River in Clayton, NY at the western edge of the Thousand Islands. 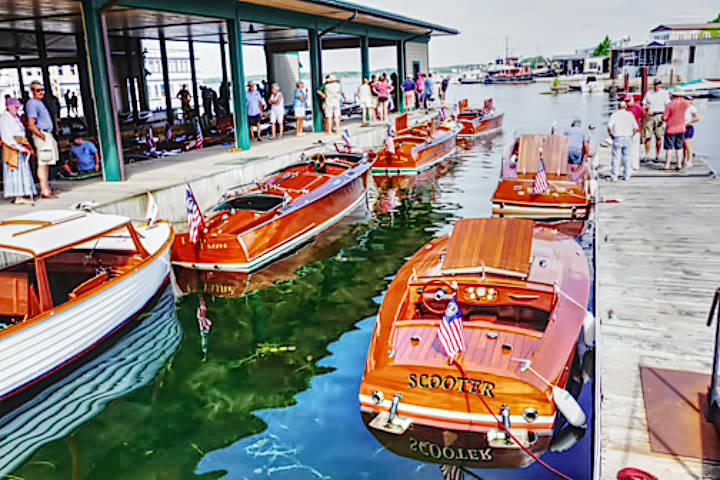 We’re at the 52nd. annual boat show at The Antique Boat Museum. The show is rich with mahogany runabouts: Chris-Crafts, Garwoods, Hacker-Crafts and others. As much as I like these boats, they are too perfect. I come away feeling visually bloated. 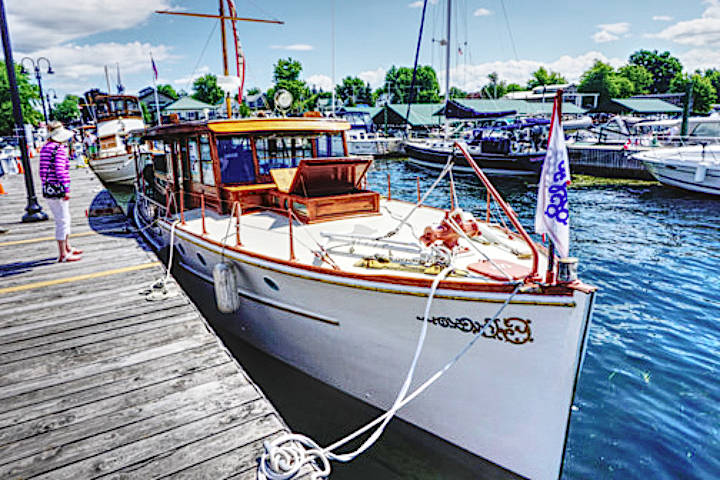 The wharf sports a number of cruisers, a few of them came down from Canada.

The Canadians were well represented by a number of DIS-PRO boats.  These are vintage lapstrake double-enders with small inboard engines and the DIS-appearing PRO-peller drive unit invented in Canada. The big advantage of the DIS-PRO unit is that the propeller can pop up out of the way should the boat run over rocks or logs in the water. 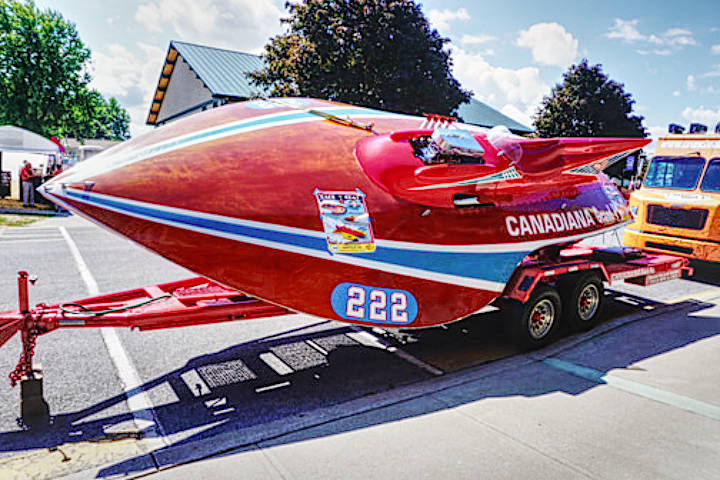 One museum building houses historic racing boats. This hydroplane set a record speed of 148 MPH in 1965. The boat is mounted diagonally on the trailer so it’s width does not exceed highway standards.

Did you know that Guy Lombardo was a champion hydroplane racer? 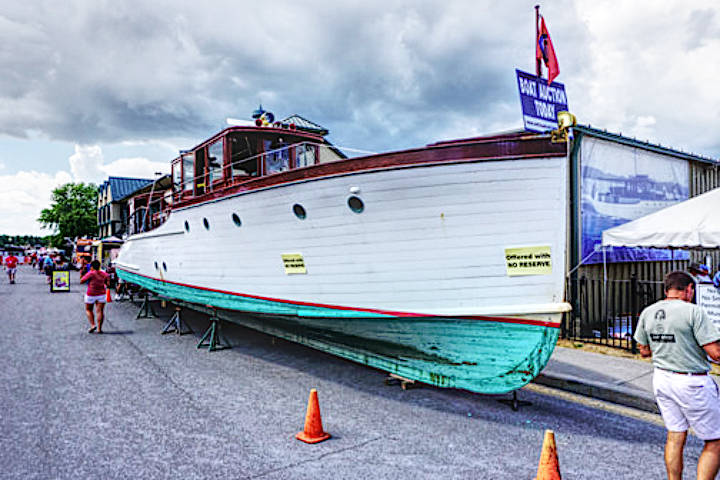 Meet the Kensington. It is a 57 ft. 1924 cruiser, cypress bottom and mahogany topsides. I climbed aboard. The interior is in excellent, beautiful condition, premium mahogany joinery work, brass trim, teak and holly soles. The two engines are John Deere diesels. It is up for auction with no reserve. It can be transported over the road so it can be delivered where ever. Hand-out copies of the twelve page surveyor’s report provided a full guide to its condition. I thought it might go for $120,000. 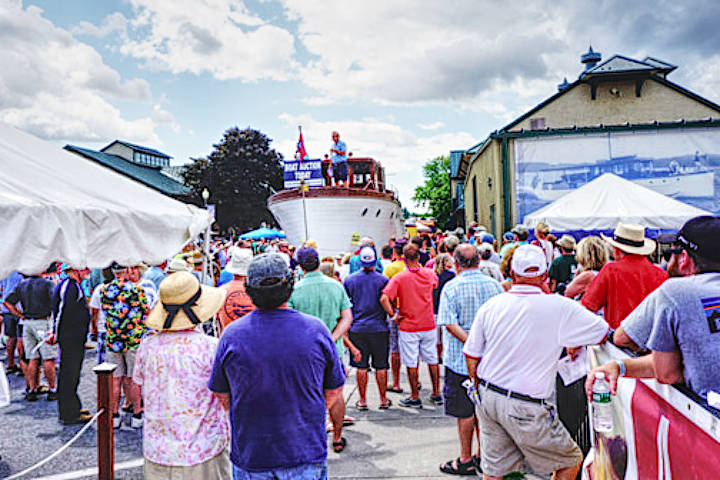 Back in the truck, we headed southwest to Lockport, about 150 miles away and the home of Phil and Pat Cummings where we would be spending the night.