Solo Sailing on the Great Lakes

Sailing solo for days on end is not for everyone. It’s too challenging for some, too isolating for others, and possibly too radical for many. Paul Nickerson, president of the Great Lakes Singlehanded Society (GLSS) stated not every sailor can be a solo sailor. As he put it, “solo sailing is not something you do, solo sailing is something you are”. So does that mean solo sailors are thrill seeking, twenty-something adrenaline junkies? When you consider that the average age of a skipper in the Great Lakes Singlehanded Society is 60 years old, the conception of just who sails solo changes.

The typical solo skipper owns a good-sized boat and loves to sail. He or she does not always have access to crew personnel however. Partially out of necessity, the skipper begins to rig the boat for singlehanded sailing and step-by -step falls under the challenging spell of sailing alone.

Here on our lake, we have the Lake Erie Challenge. The race starts at the North Cape Yacht Club on the lake’s western shore and routes the boats east to Buffalo taking them north of Pelee Island. At Buffalo, racers turn the mark and head back west to finish at the Erie Yacht Club in Erie, Pennsylvania. Paul participated in 2007 and 2008 in his Tartan 37c, NICKNACK. 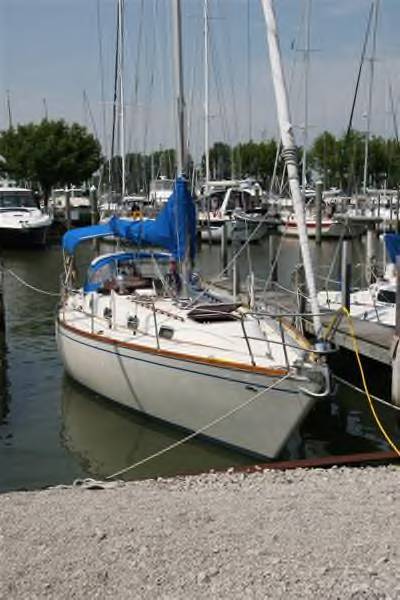 Paul and the GLSS organization stress safety and intimate knowledge of one’s boat, its systems and gear. It is that blend of safety and knowledge that prepares a skipper to meet one of the biggest challenges of solo sailing: sleeping while underway.

Whether we solo or not, we all can use the singlehander’s focus on safety, preparation, and what-if planning to raise our own skill level when out on the water.

All photos courtesy of Paul Nickerson