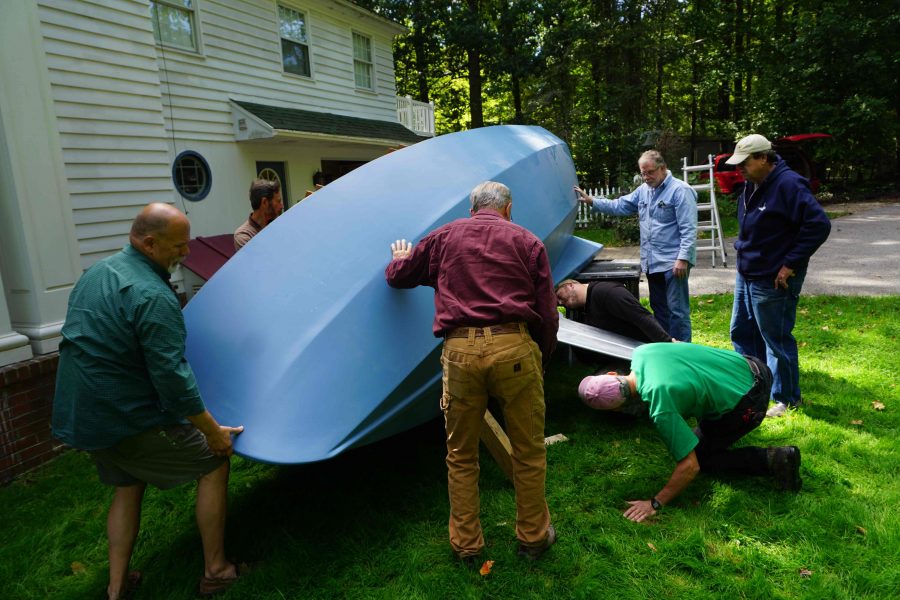 Back in the fall, Jim White had a CABBS crew help flip LAURENTIA so the aluminum centerboard could be inserted in the case.   A bushing device he designed forms the pivot.  Since then much work has gone into fabricating bench seating and floorboards for the cockpit. The boat’s cuddy cabin and roof   is currently getting his attention.   Jim hopes to launch the 13.5 ft. cutter in early summer. 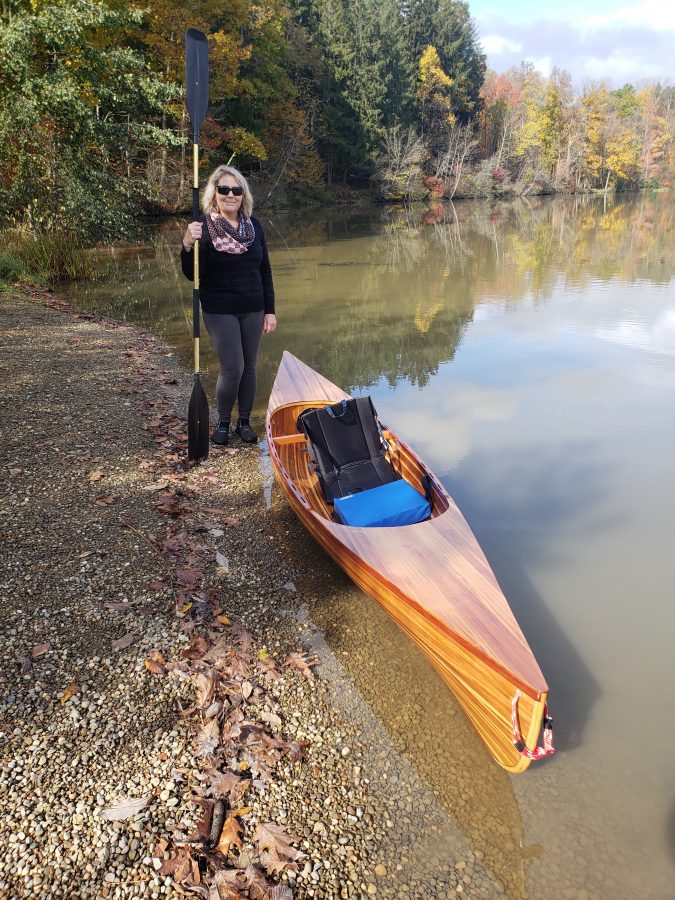 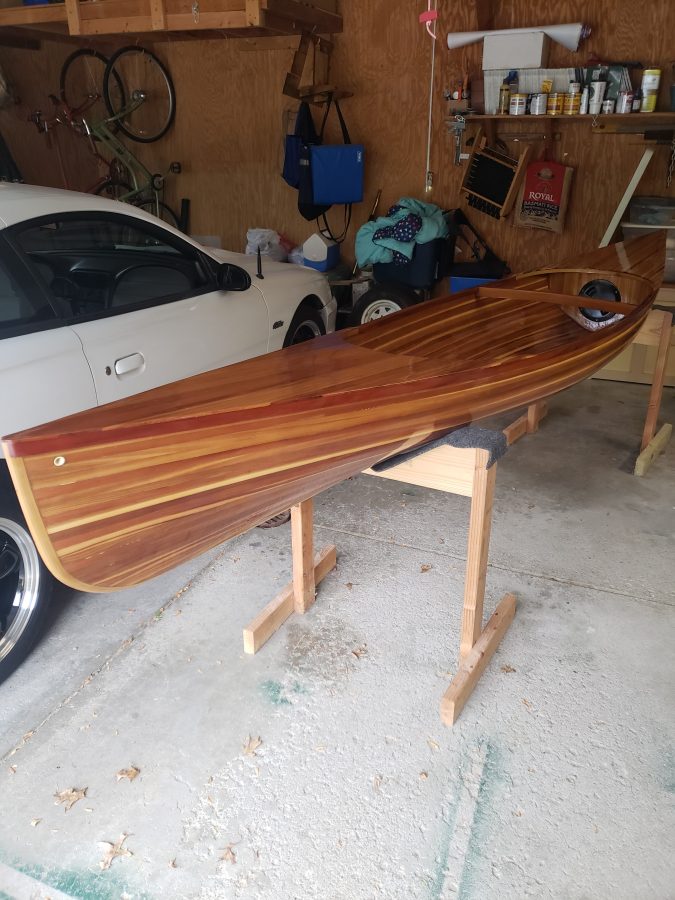 John Potter launched his Wee Lassie II in the late fall precisely one year and eleven months from project initiation.  The western red cedar strip hull is sheathed in 6 oz fiberglass cloth inside and out.  Named TRIED, he plans to build a second identical boat that will be named TRUE.  John used the book Featherweight Boatbuilding by Henry McCarthy to direct his construction efforts.  The cedar strip decks are an addition of his own design. 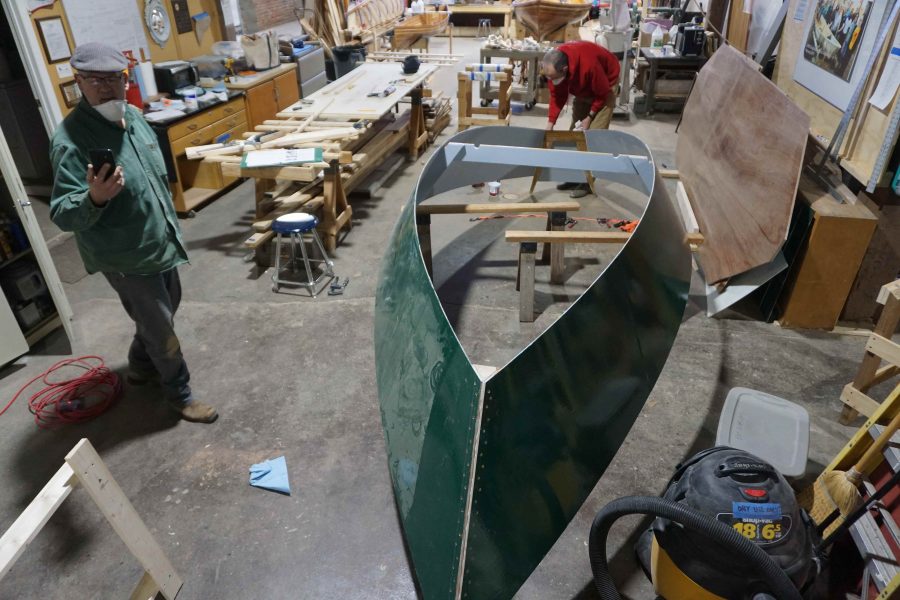 In November, 2020 Pat Lorch began work on a 16ft. Dan Hill McKenzie River drift boat.  In this photo he is joining the painted topsides at the stem and stern using  one frame to maintain the shape.  Eventually he inserted eight more black locust frames to make a hull strong enough for running white water in western rivers. 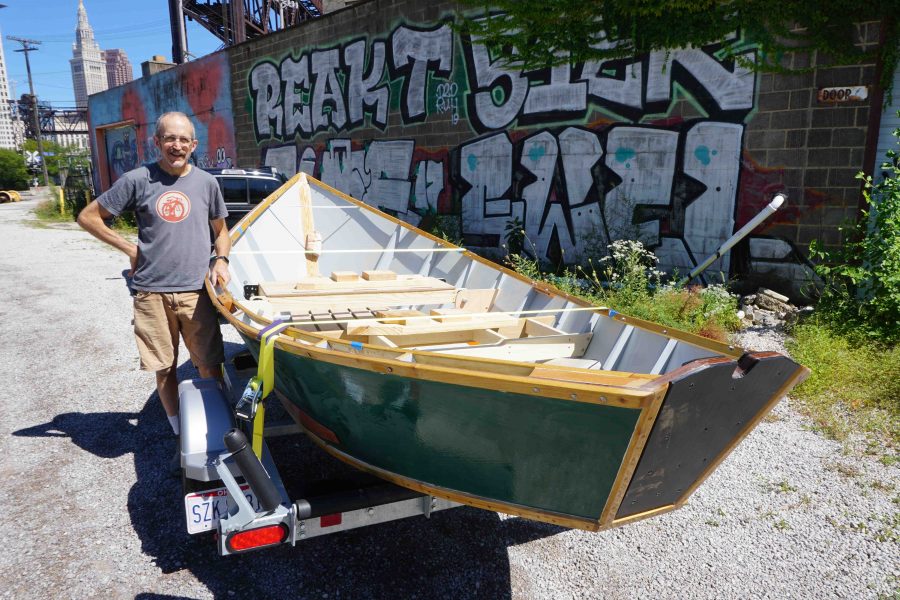 By August, Pat had nearly finished the boat when big changes came to his life and he took a new job in southern California.   He packed the boat on a trailer and got himself out to the Bakersfield area with no problem.  We hope to see pictures from his upcoming summer white water adventures in the west.