Today’s commentary will be brief. The Richardson group got together for breakfast and we said goodbye with a lots of hugs. A few said “See you next year” with a footnote of caution that expressed their elderly perspective on the fickle nature of on-going health and well-being.

35 miles later we arrived in Lyons, New York and were immediately welcomed by the “dock greeter”. This gentleman gave us directions to restaurants and stores. More importantly he directed us to the Lyons Fire Station were we could shower and clean up. 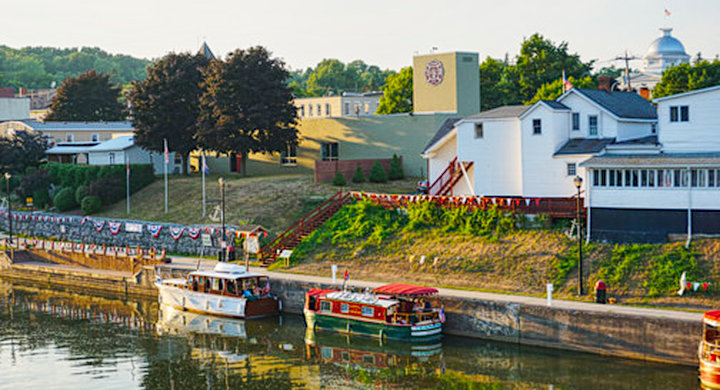 Here are a few shots of the town’s architecture. 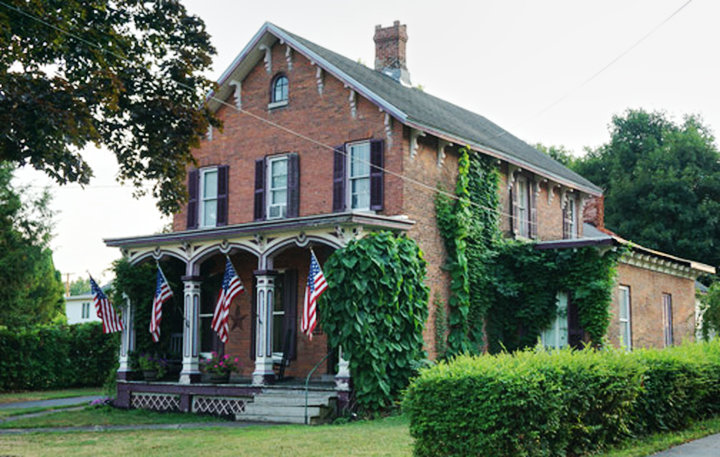 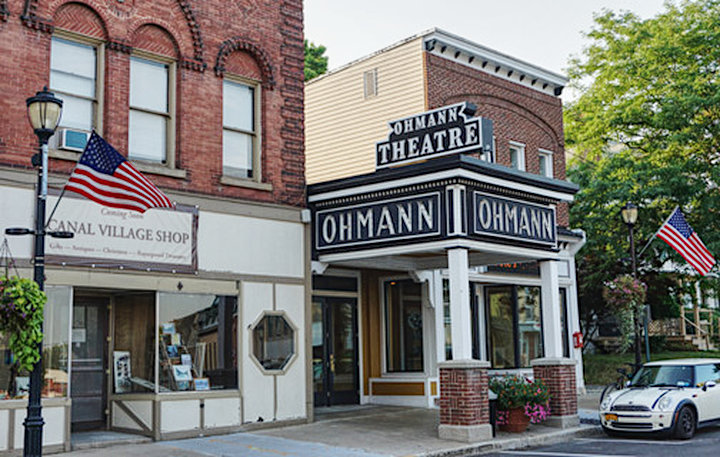 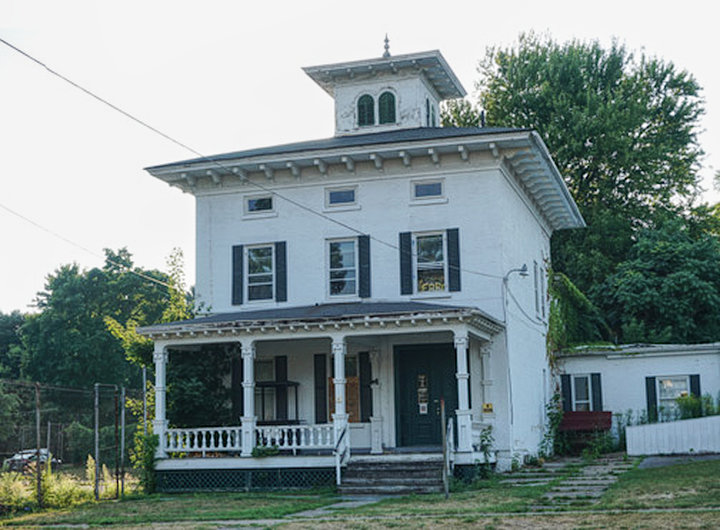 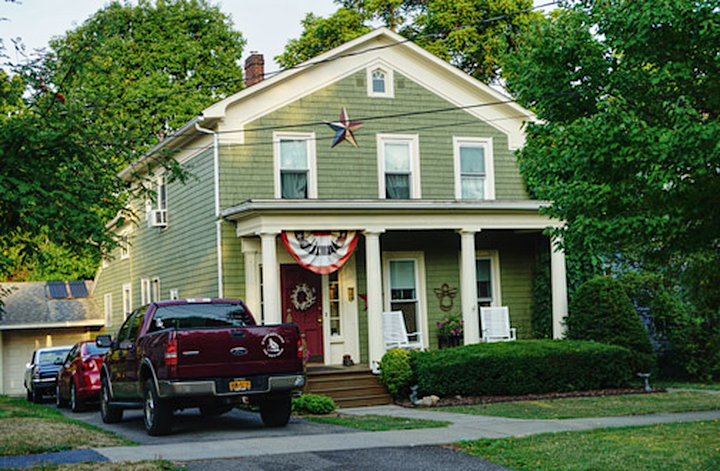 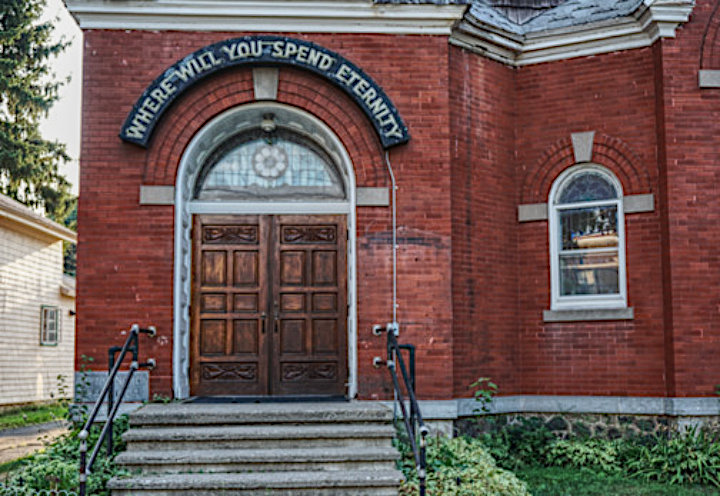 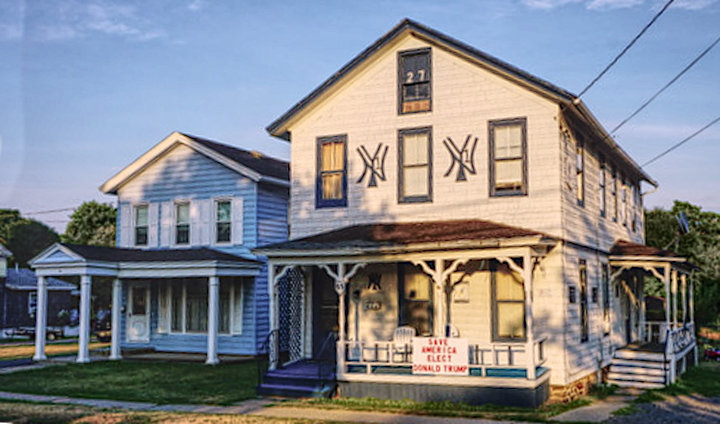 Erie Canal created a tremendous burst of prosperity and that bubble still shows today in the number of homes that survive from the 1830 – 1850’s.

Today, the canal traffic is limited to recreational boaters such as us. Towns keep their public docks to attract visitors and keep their heritage alive. But most of these town’s suffer broken, derelict town centers. Retail is very limited. The real retail is out on the strip, outside of town where the inventory of stores and fast food outlets is the same as in thousands of other towns across America. The locals may feel that they are living in a gigantic vending machine, owned by some entity far away and offering little that reflects the uniqueness of their town.