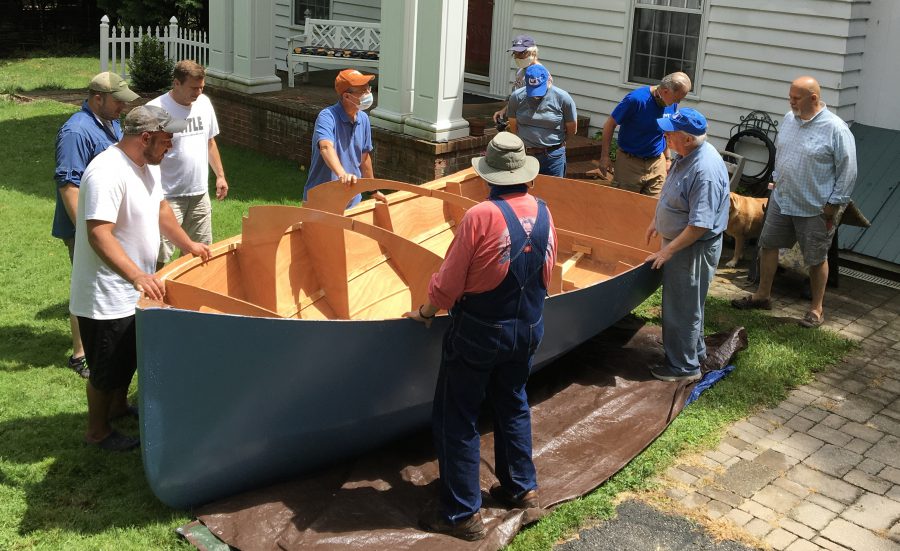 As the assembled crew lifted  Jim White’s LAURENTIA cutter hull off the strongback and carefully turned it over, the sun came out and dramatized the glow of the interior.   The early August event got the hull right side up.   Jim now moves on to building the floorboards, seats, and deck. 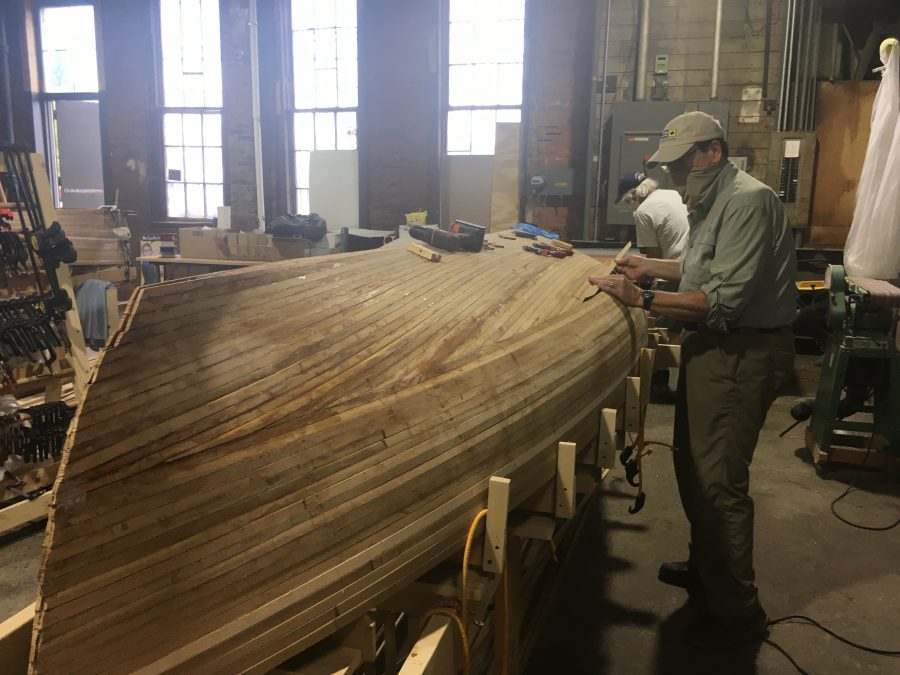 Henry Billingsley hit ‘Whiskey Plank’ time in early August with the a last piece of wood going in not much bigger than a rather long popsicle stick.  His strip-built Cosine Wherry hull is complete and is being faired and sanded.  Sheathing the hull with a fiberglass skin set in epoxy is the next process before turning the boat over. 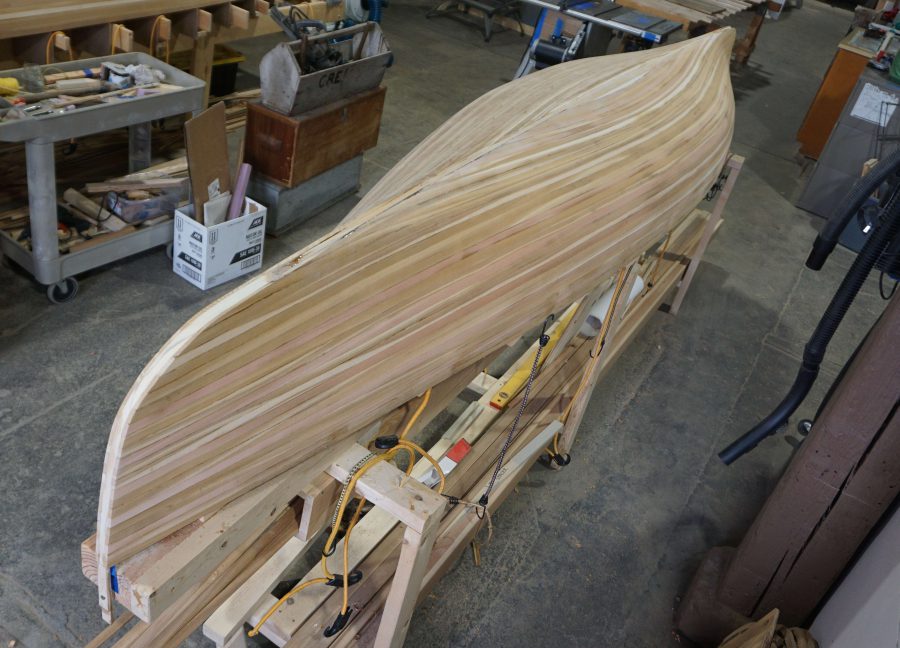 John Potter hit ‘Whiskey Plank’ time in early August, although his wife called the last western red cedar strip to go in, “the bourbon strip’.   His Wee Lassie II solo canoe is showing its exquisite shape as fairing and sanding gets underway. 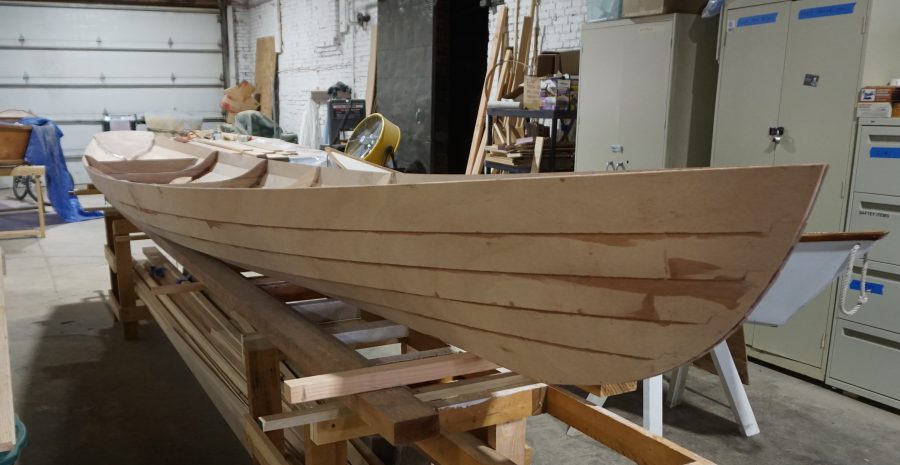 Tom Wagner and his brother David also hit ‘Whiskey Plank’ time in August.  They made quick progress on their tandem Annapolis Wherry kit,  stitching the boat together, installing the bulkheads, and fiberglassing the interior floor areas.  The brothers plan on rowing the boat on the Cuyahoga.

At this rate, before too long,  there might be back-to-back launch parties to attend.