Last evening we drove from Clayton to Lockport. As the sun entered golden hour we arrived at the home of Phil and Pat Cummings. Their graciously put us up for the night. 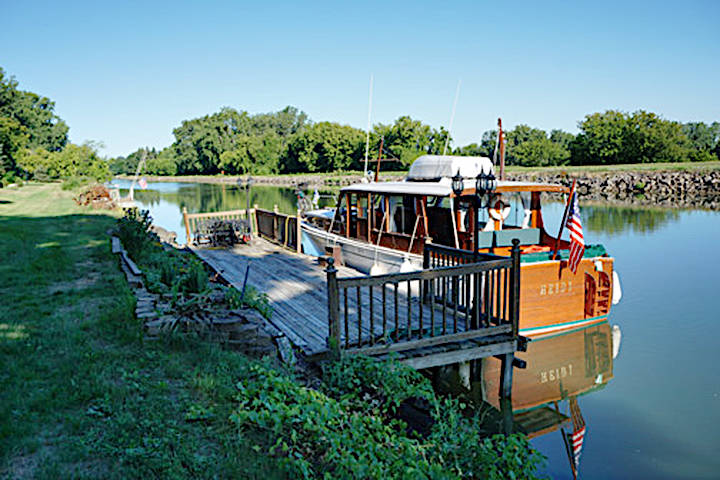 Phil’s boat, Heidi, is moored on a dock in his backyard on the canal. After breakfast, he boarded, blew out the bilge, and started the engine. We passed aboard our baggage and a bike. Leaving the dock there are only two choices: left or right. Using the electric bow thruster, Phil turned us right to the east. We were underway. 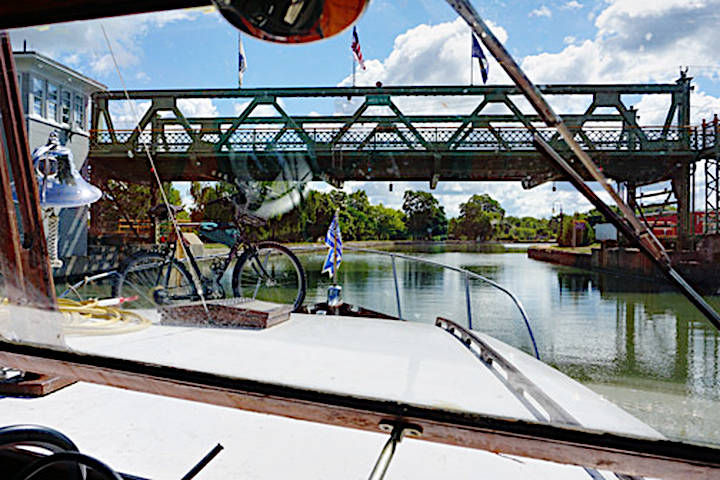 Running the Erie Canal is like motoring a river that has been straightened out and given nothing more severe than 45 degree turns. Many roads cross overhead on light weight bridges. The bridges in towns are more robust and have to be lifted for us to pass. Phil radios ahead to the bridgemaster and the two coordinate our passage. 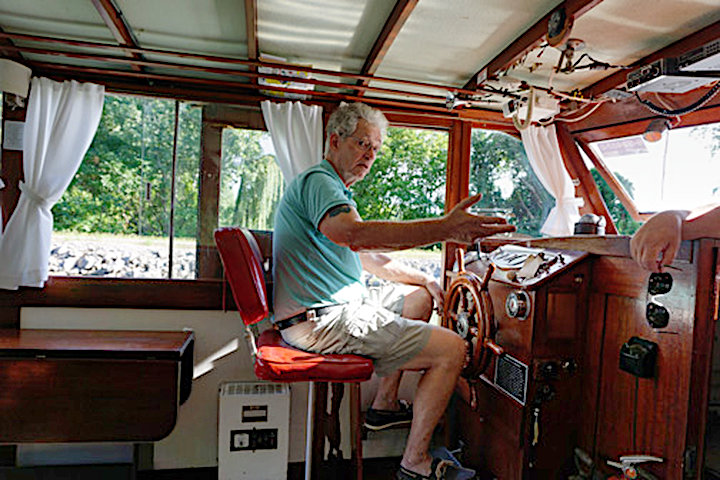 Amid good conversation and a cruising speed of 10 – 15 mph the miles passed easily. Here the banks are lined with large crushed stone rip-rap that eliminates the possibility of our two-foot wake waves eroding the canal bank. 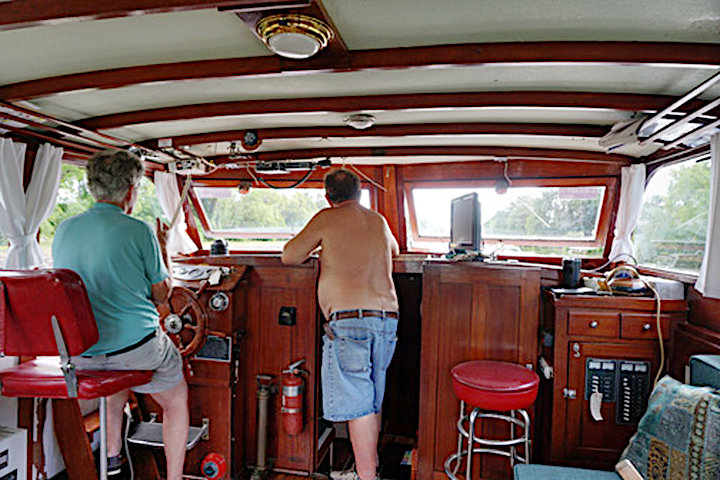 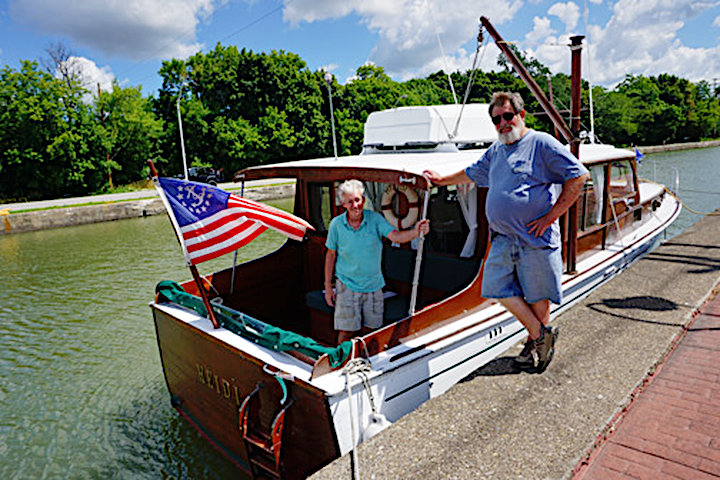 As a child, Mark Twain asked his mother, “If I behave and do good and listen to you, can I grow up and be a pirate?” I think we are Mark Twain pirates. 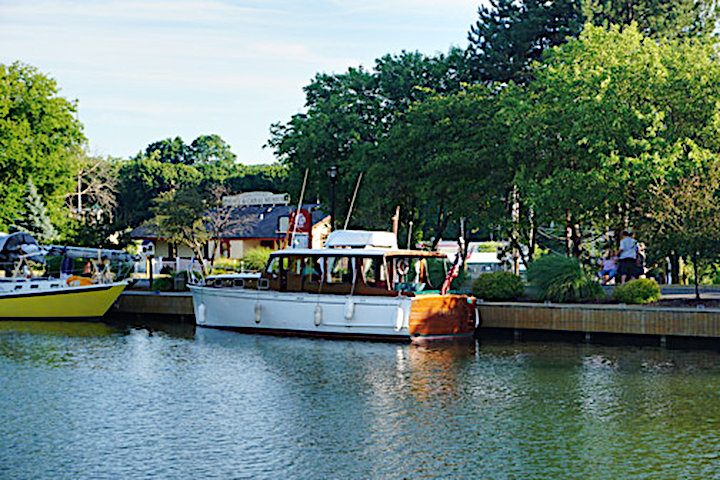 We tied up at the public wharf in Brockport for lunch. Back underway we headed through more woods and farms. Around 4:30 we decided to tie up for the night in Spencerport. 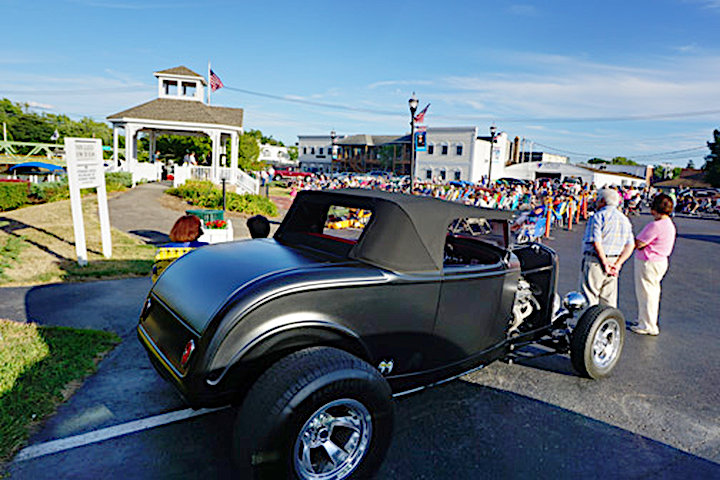 As the sun set a rock-a-billy band opened a public concert in the town’s gazebo. In a parking lot behind the crowd,  a few rows of custom and classic cars appeared. 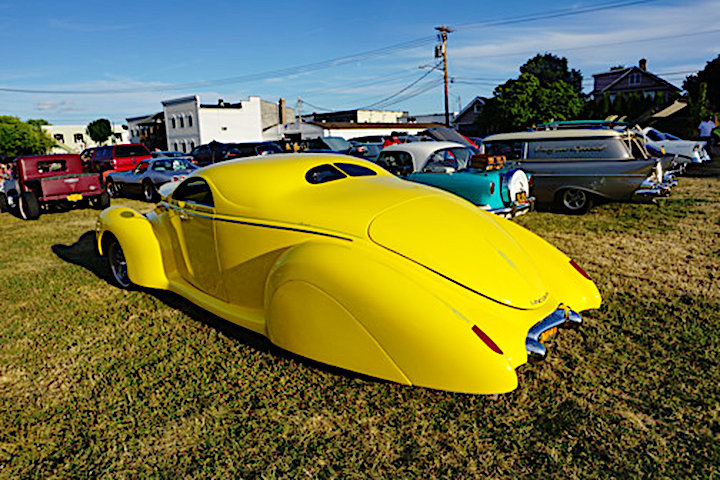 I thought this yellow Lincoln would make a proper pirate vehicle. I couldn’t find the owner to discuss the issue. Oh well, back to the ship for the night.